Le nouveau sujet chez Whitechapel donné par Warren Ellis est celui la:
You are an artist/designer. You have to put together the cover for a comic called MISTY. MISTY was a British comic for girls. It included stories such as (and I'm making none of this up, the 70s and 80s in Britain were nightmarish):
Moonchild - Rosemary Black possesses the power of telekinesis...
School of the Lost - a boarding school that demands a special tribute of parents who send their daughters to it.
Whistle and I'll Come - a ghost dog companion.
The Four Faces of Eve - Eve Marshall is trying to unravel her true identity, but she seems to be the bits and pieces of four dead women.
The Cult of the Cat - Nicola Scott is destined to become a member of a cult who worship the Egyptian cat goddess Bast.
The Sentinels - Two empty tower blocks connect our world with a parallel world where Hitler conquered Britain in 1940.
Screaming Point! - the public hangman is also a resurrectionist who believes he can bring the dead back to life.
Winner Loses All - Sandy sells her soul to the Devil to save her alcoholic father.
You are told that the cover should feature at least one of these. But I don't think anyone's paying much attention to you, everyone in the office seems to be drinking heavily and crying quite a lot.
Et voici ma contribution: 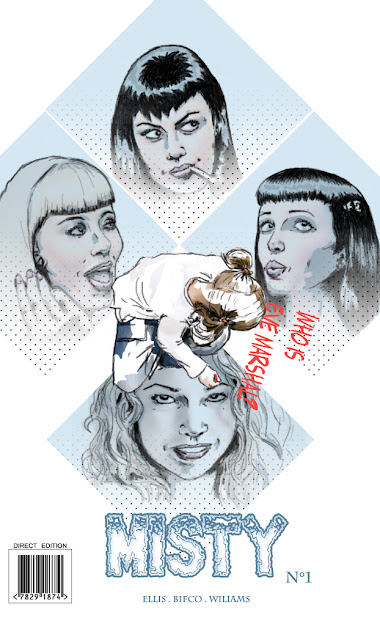 BIFCO
I'm a friendly delirious geek. I'm not like Sheldon who said Bazenga loudly or giggles like a hamster. I'm more like the Dude but with more cleaness efficient.What's my name I'm the Dude ... mmmm ... BIFCO mannnnn!